Yes the closest thing to being James Bond in a Holywood movie! These exclusive tailor-made events involve your teams working as secret agents as they follow a complex series of clues and challenges around your chosen city in their quest to ‘crack the code’ before their fellow competing team. 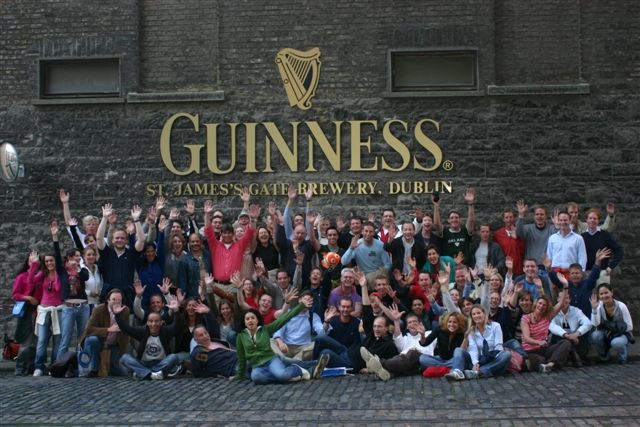 Guinness has been under threat for years from the notorious crime Lord ‘Mr Big.’ He has been trying without success, to uncover the recipe for Guinness which makes it so popular across the globe!

The delegates have been charged with the task of following the clues, deciphering the clues and stopping the computer hacker. Mr Big can’t know the teams are on to him so the operation must be undertaken in total secrecy!

Each team will be allocated a chauffer driven vehicle to drop them at an undisclosed location in Dublin City Centre and from here the complex series of clues and challenges will begin.

In order to complete the mission teams will be using:

Along the way teams will experience the rich life and culture of Dublin City through visiting key tourist attractions such as Molly Malone, Book of Kells (Trinity College), Oscar Wilde and the world famous Guinness Storehouse.

The clues will ultimately lead to the Guinness Storehouse where the successful team will enter password into a computer thus foiling the plot to destroy Guinness forever!

The first team to successfully enter the correct password within the time limit will be the winners.

The clock is ticking…

The final word is delivered by Sir Arthur Guinness (professional actor) who gives thanks to the teams for their hard work and issues the winning team with their prize – well earned for saving the world from losing Guinness forever!